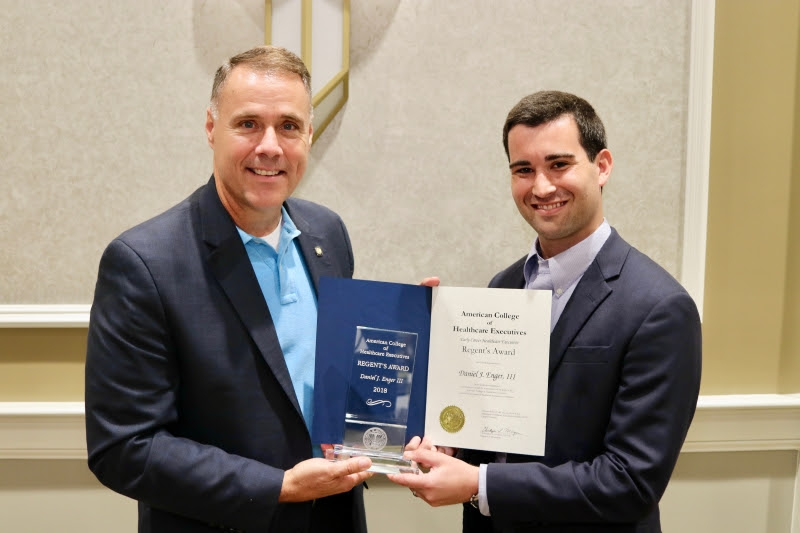 The award was bestowed on Enger by Christopher L. Morgan, FACHE, ACHE’s Regent for District 4 and Chief Executive Officer for Healthcare Strategies, LLC in Ocean Springs, Mississippi.   The Early Career Healthcare Executive Regent’s Award recognizes ACHE members who have made significant contributions to the advancement of healthcare management excellence and the achievement of ACHE’s goals.

The University of Mississippi Medical Center chose Daniel as a participant in MS Hospital Association’s 2018 Emerging Leader Program. He is faithful in his attendance and always ready to serve, including participating in a MS Healthcare Executives Early Careerist/Student Panel set for September 21 in Madison, MS.  He also served as the Student Representative for the MS Healthcare Executives in 2015-2016.

Enger received a Bachelor of Science degree in Business Management with an emphasis in 2011 and his Master’s of Science in Healthcare Administration from the University of Alabama at Birmingham in 2015.